Alcohol and Health: What You Should Know

Alcohol Affects Every Part of the Body

It’s true––alcohol consumption can literally affect every part of your body, from your brain to your immune system to your organs and even your skin. According to the NIAAA, “Drinking too much–on a single occasion or over time–can take a serious toll on your health,” but drinking in moderation can actually improve your health in several ways. Therefore, your health and body have a complicated relationship with alcohol consumption because drinking can affect you in so many ways. 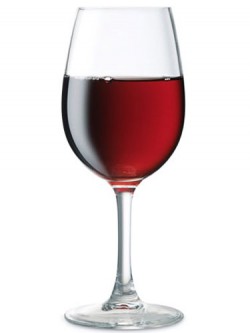 There is a possibility that alcohol consumption may affect your health in many of these positive ways. However, this will only occur in those who drink a moderate amount. Individuals who drink more than the recommended amount are actually less likely to see these benefits and, in fact, even more likely to see the opposite effect on their health.

If you do not drink in moderation, or even if you drink large amounts of alcohol once in a while, it is likely to affect your health negatively in many ways. According to the Local Government Association of London, “Alcohol is a casual factor in more than 60 medical conditions.” The dangerous health effects of misusing or abusing alcohol may include:

Therefore, it is clear to see that the effects of alcohol on a person’s health are very strong, especially when the individual abuses alcohol every day. The substance does have positive effects for an individual’s health, but it is so easy to slip into misuse of alcohol and eventual abuse, leading to the more negative side effects.

Is Drinking Bad for My Health?

It all depends on how you choose to drink. If you decide to drink often or more than the recommended amount, your drinking is likely bad for your health. It is also important to understand why the stipulations for moderate drinking have been chosen. According to Harvard, “Having seven drinks on a Saturday night and then not drinking the rest of the week isn’t at all the equivalent of having one drink a day. The weekly total may be the same, but the health implications aren’t.”

Just remember that drinking will affect your health in one way or another. Therefore, if you choose to drink, do so in a way that is more likely to have a positive effect on your overall health rather than a negative one.