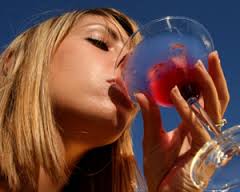 Signs of alcohol abuse found early can save your life.

It’s not always easy to detect a drinking problem or to decipher who’s drinking is actually considered alcohol abuse versus social drinking but there are some signs and symptoms of alcohol abuse that can lead to early detection of this dangerous condition. Because alcohol abuse can lead to a more severe disease known as alcoholism, recognizing the signs and symptoms of alcohol abuse early on is key to preventing addiction from occurring. The warning signs of problem drinking can sneak up on you but with proper education and knowledge, you can learn how to spot these early signs before addiction is eminent.

Spotting the Signs of Alcohol Abuse

Alcohol abuse is not necessarily alcohol dependence or addiction but this can lead to addiction so it’s important to realize when there is a potential problem at hand. Consider these signs and symptoms of alcohol abuse as a warning of what may be to come:

If you or someone you love is showing any of these signs of alcohol abuse, it’s time to seek immediate help. It’s never too late to get the help and support that you need. In fact, early detection and admission to a problem with drinking is key to getting the help you need and to preventing long term consequences from occurring.