Alcohol withdrawal syndrome occurs when a person who has become dependent on alcohol suddenly reduces or stops their alcohol consumption. This can be a life threatening condition when someone has been drinking heavily or for long periods of time.

Alcohol is a central nervous system depressant that suppresses activities of various neurotransmitters in the brain by decreasing activity of NMDA receptor responses. When dependency occurs and the user tries to quit, the neurotransmitters rebound, increasing their activity and resulting in a hyperexcitability state. Receptors previously suppressed by alcohol are no longer inhibited, causing withdrawals. 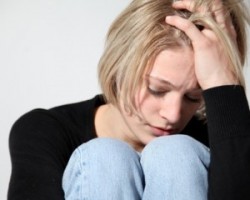 Sweating, nausea and sleep disturbances are among the common withdrawal symptoms.

1.) Tremors and shakiness – These are, most commonly, the first physical signs of withdrawals. Alcoholics usually notice these signs within 5-10 hours after their last drink such as when they wake up in the morning.

2.) Increased heart rate, blood pressure – These symptoms are common, but, in chronic cases, they may lead to serious cardiovascular complications such as heart attack or stroke.

3.) Increased respiration – Another common symptom that can become seriously dangerous in severe cases and lead to seizures or stroke.

4.) Sweating – Is a common and indicates the body’s negative response to lack of alcohol and increased nervousness.

5.) Nausea and vomiting – These symptoms, while common, can lead to dehydration and more serious complications. In chronic cases they may be indications of more severe physical health problems.

6.) Insomnia or sleep disturbances are often accompanied by agitation, restlessness, anxiety, or depression

7.) Obsessive thoughts of and cravings for alcohol – These symptoms can manifest themselves within a couple of hours after last use of alcohol and typically, will get worse over the course of withdrawals. They are often a precursor to relapse and while they may gradually decline over several weeks, some people experience them indefinitely.

8.) Alcohol hallucinosis – This symptom may occur with heavy or chronic abuse and usually begins within 12 – 24 hours after the last alcohol drink. It can last up to 2 days and the alcoholic experiences visionary hallucinations of small objects such as insects crawling.

9.) Alcohol withdrawal seizures – Seizures can occur from increased activity in the central nervous system and may occur within 6 – 48 hours after the last alcohol drink. They may occur over several hours once they start.

10.) Delirium tremens – According to the American Academy of Family Physicians, “Episodes of delirium tremens have a mortality rate of 1 to 5 percent.” Symptoms include dangerous fluctuations in breathing, heart rate, blood pressure, and temperature. Dehydration, stroke, and psychological disturbances are possible. Other symptoms may include disorientation, confusion, stupor or loss of consciousness, irrationality, angry or violent outbursts, hallucinations, or other serious complications.