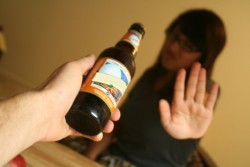 The prevention of alcohol abuse is a shared responsibility. For younger people prevention measures should be taken by parents at home, teachers at work, coaches and other instructors for sports and other activities, as well as extended family members, civic leaders, role models and clergy.

During formative years parents have the most influence over young people when it comes to preventing dangerous alcohol consumption. Kids often look up to their parents’ drinking habits as a guideline, for starters, so if they see their parents frequently having a lot of alcohol then it sets a precedent for them to do so as well. If parents rarely or even moderately drink, then having an open dialogue with their kids growing up about the dangers and responsibilities of drinking alcohol can go a long way toward preventing future abuse. Don’t assume they will simply follow your example, have ongoing discussions if necessary.

Popular culture could do a much better job of displaying behavior regarding alcohol abuse, as younger people often emulate what they see on television and hear in music. Reality TV shows on multiple channels frequently depict alcohol abuse as something really cool or funny, at least in the eyes of teenagers. While it may be considered entertaining content, groups such as the Parents Television Council and others see it as being irresponsible and working against prevention efforts.

School systems usually have alcohol and other substance abuse prevention classes or presentations several times at different grade levels. This is a good thing and can be very helpful, though educational speakers and classes should keep in mind that what they present to kids must be on their level, as anything that is an obvious attempt to ‘be cool’, patronize them or scare them is simply ineffective.

Overall, having as many avenues as possible in society for alcohol abuse prevention is a good thing, especially since there are so many alcohol-related problems that affect those in the community.