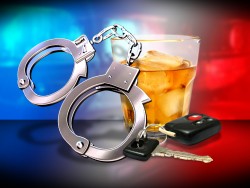 Alcohol abuse is a dangerous event that can lead to alcohol addiction and the severe, potentially fatal disease known as alcoholism. People who abuse alcohol are at an increased risk of a number of health conditions and physical complications that can result from their decision to drink alcoholic beverages and their subsequent impairment that comes as a result of them drinking. Fortunately, there are methods of preventing alcohol addiction, reducing the dangers of alcohol abuse, and fighting alcohol abuse in places like work or school.

Prevention of alcohol abuse begins with education. By providing young adults, teens and even children with the necessary knowledge to teach them that drinking is a dangerous event that can lead to dire consequences, many will make the ultimate decision not to ever abuse alcohol at all. Those who do fall victim to the dangers of alcohol abuse have an increased chance of becoming addicted to the substance and to suffering many consequences as a result of their drinking habits. Many education programs, workplace habits and mechanisms are in place to help aid in the early prevention and detection of alcohol abuse.

For the thousands of people who do abuse alcohol each day, many will become addicted and require long term treatment and care in order to recover.

Alcohol abuse can lead to the following problems:

Unfortunately, millions of people find out the hard way that drinking doesn’t pay. This disease is characterized as a pattern of drinking that results in a number of negative consequences related to work, home, school, legal instance, medical or psychological health and / or social.

Many families who are victims of alcohol abuse are at an increased risk of domestic violence, divorce and child abuse. Parental alcohol abuse leads a lack of caring for children, aggression, alienation and other dangers that can have long lasting psychological effects on children. Stress levels tend to be high, and depression as well as other antisocial behavioral patterns are very common in children of parents who abuse alcohol.

Most of the time, alcohol abusers will drink heavily (binge drinking) for a period of time and this will be followed by periods of abstinence from alcohol (dry spells). This behavior will often persist for many years before an individual actually realized the consequences of their actions and by then, alcohol addiction or alcoholism is often the ending result.

Many methods of treatment and help are available for those who suffer from alcohol abuse including therapy and counseling as well as support groups. Binge drinking, alcohol abuse and alcoholism are all dangerous and can have adverse consequences if such actions are continued. Finding help is the best way to ensure that long term consequences or unbearable endings are not the resulting end to a lifetime of alcohol abuse.