Are You an Addict? Learn the Symptoms of Long Term Alcohol Abuse

The CDC defines heavy drinking as 15 drinks or more per week  for men and 8 drinks or more per week for women. While these numbers are clear enough to define patterns of alcohol abuse, understanding if someone is an alcoholic takes more consideration. Alcohol abuse is simply a pattern of drinking; it may only be repeated once or could be a frequent occurrence. Alcoholism, on the other hand, is a chronic disease in which a person regularly abuses alcohol. Because many people don’t understand the difference, it is important to learn the symptoms of long term alcohol abuse so you can find the treatment that is right for you. 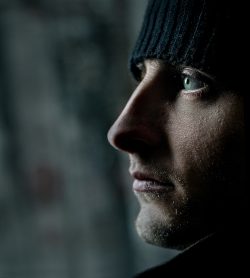 If you keep drinking despite the negative effects, you may have a problem.

For most people, having only a couple of drinks will induce a buzz. However, an alcoholic might not notice any effects after only a few drinks. This is because their alcohol tolerance drastically increases through the years, meaning they need to drink more to achieve the same effect.

There are a number of different reasons for this increased tolerance. The main reason is because the brain slowly begins to adapt and compensate for having alcohol in the bloodstream. This results in a person being able to feel sober even when they have a high blood alcohol level.

If you find yourself needing to increase the amount you drink to get the same buzz, chances are that you are altering the way your brain and bodily functions work.

Many alcoholics can’t even go a day without having a drink. Without a constant stream of alcohol in their blood, they may begin to feel shaky or anxious. These effects are known as alcohol withdrawal. This happens because your body has become physically addicted to having alcohol, and without it, your body doesn’t function correctly.

Other noticeable symptoms can include problems sleeping, depression, not feeling hungry, headaches, being tired, sweating, or nausea and vomiting. More serious effects can include seizures, fever, hallucinations, or confusion in severe cases. To curb these effects, a person going through withdrawal will also have a strong craving for a drink.

Because over seven percent of the population is suffering from an alcohol use disorder at any given moment, the National Institute on Alcohol Abuse and Alcoholism has established a Diagnostics and Statistical Manual of Mental Disorders to help diagnose alcoholism. The guide includes 11 criteria for which a person can qualify. Meeting only two of the requirements during a 12 month period means a person has an alcohol use disorder. Ask yourself the following questions to see how many are true for you:

The more questions you answered yes to, the bigger your alcohol problem may be.

Once you’ve established and admitted to yourself that you’re suffering from the symptoms of long term alcohol abuse, it is much easier to find treatment. Keep in mind that alcoholism is a medical disease, so it’s not something you can battle on your own. Contact our experts at 800-481-6965 (Who Answers?) to find the guidance and intervention you need to get sober.

Calls to numbers on a specific treatment center listing will be routed to that treatment center. Additional calls will also be forwarded and returned by one of our treatment partners below.

Calls to any general helpline (non-facility specific 1-8XX numbers) for your visit will be answered by ARK Behavioral Health, a paid advertiser on AlcoholAbuse.com.