Do I Have an Alcohol Use Disorder?

As harmless as drinking may seem to some, according to the Centers for Disease Control & Prevention, regular drinkers accounted for 51.3 percent of the American adult population in 2012. While some people may never fall prey to alcohol’s addictive effects, many may well find themselves battling an alcohol use disorder in the near future.

People who reach a point where they’re questioning the seriousness of their drinking are likely noticing certain changes taking place in their day-to-day lives. As alcohol use disorders develop gradually over time, it can be difficult for drinkers to recognize the warning signs. 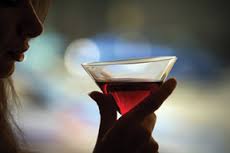 If you are worried about your alcohol habits you should consult an alcohol addiction specialist today.

Changes in drinking patterns, frequent hangovers and an overall loss of control over the amount of alcohol consumed may all point to signs of a developing alcohol use disorder.

Alcohol use disorders encompass a spectrum of excessive drinking behaviors, from heavy drinking to binge drinking to full-blown alcoholism. Since each person is different, some people may be able to maintain a certain level of functioning throughout, though alcohol’s damaging effects will likely be seen in different areas of a person’s life.

According to the National Institute of Alcohol Abuse & Alcoholism, four factors contribute to the development of alcohol use disorders –

With ongoing use, alcohol reconditions the brain’s reward and learning systems to seek out alcohol’s effects. In the process, brain cells become increasingly less sensitive to alcohol’s effects. These mechanisms drive the alcohol abuse cycle.

Over time, the brain becomes physically dependent on alcohol, which marks the first step towards compulsive driving behaviors.

People struggling with serious alcohol use disorders have essentially lost control over alcohol’s influence in their lives. As addiction takes hold, alcohol assumes top priority in a person’s life. The ability to reason and make good judgments disappears, driving a person to compromise work, family life and financial security for the sake of alcohol.

While not everyone will follow this progression, the physical effects of alcohol on the brain can weaken even the most strong-minded of individuals when copious amounts are consumed on a regular basis.