Drinking Patterns That Can Lead to Alcohol Addiction 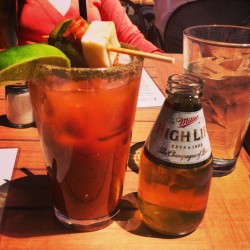 Certain drinking behaviors, such as drinking to avoid a hangover, are very dangerous and can lead to alcoholism.

For some people, the occasional drink here and there poses little to no risk of becoming a problem. For others, drinking patterns mark a gradual progression into alcohol addiction.

According to Harvard Health Publications, alcohol addiction has held the number one position for most commonly abused substance for as long as alcohol has been around. While some people may never develop drinking problems, many others may be placing themselves at risk without even knowing it.

Drinking patterns leading to alcohol addiction correspond with the ongoing effects of alcohol on a person’s brain functions. Those most susceptible to alcohol’s effects are more likely to experience gradual changes in their drinking patterns.

As alcohol has become an almost socially acceptable activity (within certain settings), social drinkers at risk of developing alcohol addiction will also likely see certain warning signs along the way.

According to the International Center for Alcohol Policies, any one person’s drinking pattern has as much to do with how they drink as well as how much they drink. The “how” of drinking includes the settings where people drink in terms of who they drink with and the role drinking takes on within any one setting. As each setting exists inside a larger community, cultural influences also have a bearing on drinking behaviors.

Likewise, the amount of alcohol consumed has much to do with the setting involved. This means, even social drinkers run the risk of developing an alcohol addiction if they spend time with heavy drinkers on a regular basis.

Perhaps the most telltale sign of alcohol addiction, losing control or losing track of the amount of alcohol consumed greatly increases the risk of developing heavy drinking patterns, according to Psychology Today. It’s not uncommon for someone to set a limit of three drinks for the evening and end up drinking six or more.

While this may seem innocent enough, alcohol’s effects on the brain will make it that much easier to have six or more drinks the next time around. As with addiction in general, loss of control happens gradually, almost imperceptibly, over time.

Binge drinking has become all the range across college campuses. While a popular activity, this drinking pattern places students at considerable risk of alcohol addiction.

Binge drinking in general has become the most common pattern of alcohol abuse in the U. S., according to the Centers for Disease Control & Prevention. In effect, drinkers drown the brain and body in alcohol, which inevitably leads to increased tolerance levels with each successive binge episode.

For the most part, social drinkers engage in low-risk drinking patterns. Social gatherings, parties and special occasions make up the bulk of a social drinker’s behavior pattern.

When social drinking behaviors start to take on a broader purpose or role in a person’s life, the risk of developing an alcohol addiction increases. A person’s “social” drinking pattern can change should the following behaviors develop –

In effect, any behaviors that “enhance” alcohol’s role in a person’s life increase the risk of developing an alcohol addiction.