10 Signs of Alcohol Abuse on the Body

Every year, an estimated 88,000 people die as a result of alcohol-related incidents. According to the Centers for Disease Control & Prevention, alcohol abuse ranks as the third leading lifestyle-related cause of death in the United States.

In practice, mild to moderate drinking behaviors pose less of a health risk than heavy drinking, though the likelihood of developing signs of alcohol abuse on the body can vary from person to person. As with any drug, alcohol affects different people in different ways. Likewise, what may be detrimental for one person may cause little harm to another. 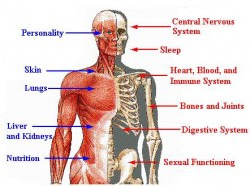 Alcohol has serious bodily health effects that you should be aware of.

Alcohol’s effects on brain function eventually causes cardiovascular problems to develop, some of which include –

According to the National Institute on Alcohol Abuse & Alcoholism, alcohol abuse can weaken the body’s ability to ward off infections and disease. In turn, drinkers become more susceptible to various conditions, such as frequent colds and flu, pneumonia and tuberculosis. Alcohol’s effects on the immune system are immediate and can last for up to 24 hours after heavy drinking.

This sign of alcohol abuse on the body can appear at any time, but becomes increasingly worse the longer a person continues to abuse alcohol.

As the liver plays a central role in metabolizing alcohol, liver damage can easily develop for someone who drinks heavily on a frequent basis. Liver problems may take the form of –

As alcohol hampers the brain’s ability to regulate digestive processes, heavy drinkers will start to develop problems with digestion. This in turn leads to stomach ailments, appetite loss and even vitamin deficiencies.

This sign of alcohol abuse on the body can occur from an especially heavy drinking episode. It can also occur on a frequent basis for people with long histories of alcohol abuse.

While the pancreas does play a role in digesting alcohol, it produces toxic byproducts in the process. These toxins can cause tissue and blood vessel inflammation in the pancreas, a condition known as pancreatitis.

Chronic alcohol use greatly increases a person’s cancer risk. Cancer risk signs of alcohol abuse on the body can develop in –

Over time, alcohol abuse behaviors can reach a point where drinkers can no longer control their intake amounts. With ongoing use, alcohol eventually becomes a psychological crutch that gets a person through the day.