How Alcohol Abuse Affects a Person

Alcohol abuse presents a multitude of problems in a user’s life. Every time a person abuses alcohol they are putting stress on their organs causing them to work harder, and meanwhile they are disrupting their brain chemicals causing their good judgment capabilities to decrease. 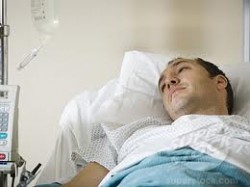 Alcohol abuse has serious consequences for your internal organs, especially your kidneys and liver.

Alcohol abuse is the third leading cause of death in America mostly because of the poor decisions people make when they are heavily under the influence of alcohol.

According to the Centers for Disease Control and Prevention, there were more than 2.7 million doctor office visits and 1.2 million emergency room visits due to alcohol abuse in 2006, and the economic costs of excessive alcohol consumption was approximately 223.5 billion dollars.

Alcohol abuse is common in all ages and prolonged abuse of the drug can lead to numerous health concerns in a person’s physical and mental health.

Alcohol abuse can lead to alcohol addiction and alcohol addiciton can be a fatal illness if a person does not receive help. According to the National Council on Alcoholism and Drug Dependence, approximately 20 million people abuse alcohol or have developed a dependency to the drug.

The Long Term and Short Term Consequences of Alcohol Abuse

Damaged Organs: Prolonged alcohol abuse will assuredly cause damage to a person’s liver and kidneys as well as strain their heart every time they abuse the drug. This can be fatal.

Neurological Damage: Long term alcohol abuse can lead to a person having memory problems and early signs of dementia, or having a stroke.

Loss: People who become dependent or addicted to alcohol commonly lose their friends, their significant others, their money and their jobs.

Irrational Behavior: Alcohol abuse can lead to a person making poor decisions and doing things they regret once they sober up, such as becoming violent towards people they care about.

Poor Physical Health: A person will be dehydrated and feel sickly the day after abusing alcohol, which typically includes excessive vomiting, diarrhea and intense headaches.

Lack of Sleep: Most people who have abused alcohol do not receive the proper amount of sleep their body needs, which results in them being irritable the following day and having rapid mood swings.