15 Dangers of Drinking You May not Be Aware Of

With all the attention on alcoholism you might feel that you know everything about the disease and drinking. This is just not the case. There is a lot of information that many people do not know about the dangers of drinking alcohol.

2. Alcohol Exaggerates Whatever Mood you are in When you Start Drinking

Some people say that your true self comes out when you drink, really it is just what ever mood you are in before you start drinking. If you are happy then chances are you will be happy when you are drunk.

3. Drinking at a Young Age Makes you Likely to Develop Alcohol Problems Later

The younger you start drinking the more okay drinking seems later on. If you are drinking when the pathways in the brain are forming chances are you will have problems with alcohol later on.

4. Drinking can Lead to Immune Disease

Drinking causes immune deficiency which can become permanent if the drinking continues. If you are a heavy drinker, you should seek help before it is too late. To find a treatment center call 800-481-6965 (Who Answers?) .

5. Drinking can Dull the Signs of a Heart Attack 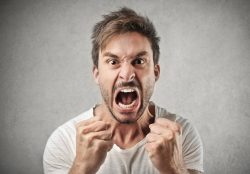 According to the National Institute on Aging, drinking can mask the signs of a heart attack until it is too late to seek medical attention.

6. Drinking While Taking Aspirin can Increase the Risk of a Stomach Bleed

Aspirin is a natural blood thinner, as is alcohol. Drinking while on aspirin can cause issues with stomach and ulcer bleeding.

7. Alcohol can Cause Violence Towards Others

According to the Centers for Disease Control, some people become very violent after drinking. Abuse and violence towards others is very common in alcoholism.

8. Alcohol Withdrawal can be Deadly

Alcohol withdrawal syndrome can kill you. This is why it is always recommended that you detox in a hospital or treatment facility.

9. Alcohol is Sometimes used as an Excuse for Sexual Assault

Many sexual assaults are due to lowered inhibitions and violent behavior during drinking sessions.

10. Drinking while on Cold Medicine can be Dangerous

Simple cold medicine can be dangerous while you are drinking. It can increase the amount of alcohol in your blood and cause alcohol poisoning.

11. Taking Acetaminophen While Drinking can Cause Further Liver Damage

Why You Need Treatment for Your Binge Drinking

12. Drinking While on Painkillers can Kill

Many celebrity overdoses are because of a fatal interaction between painkillers and alcohol.

13. Alcohol and Anti-depressants can be Deadly

Some anti-depressants and MAOIs react badly with alcohol. It can make the depression worse or cause a deadly drug interaction.

14. During a Blackout your Brain is not Recording Memories

When you blackout due to drinking, your body does not record new memories for that time. Your brain isn’t sending information from your short term memory to your long term memory.

15. Carbonation can Speed Up Alcohol Absorption

Drinking carbonated beverages can increase the rate of absorption. This means that you get more drunk faster if you are drinking something high proof and carbonated.

All of these are dangers of drinking. If you experience any of these things you should consider getting alcohol treatment. For more information or to find the treatment center that is right for you, call 800-481-6965 (Who Answers?) .

Calls to numbers on a specific treatment center listing will be routed to that treatment center. Additional calls will also be forwarded and returned by one of our treatment partners below.

Calls to any general helpline (non-facility specific 1-8XX numbers) for your visit will be answered by ARK Behavioral Health, a paid advertiser on AlcoholAbuse.com.