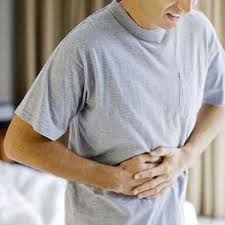 Likewise, the damage done to cells and tissues throughout the body bring on a whole other set of alcohol abuse consequences as major bodily processes go into a state of decline. According to the National Institute of Alcohol Abuse & Alcoholism, the breakdown or metabolism of alcohol in the body produces harmful, free radical byproducts that cause widespread cell and tissue damage.

With continued use, drinkers must consume increasingly large amounts of alcohol to experience the same desired effects. Intake amounts will continue to increase for as long as a person abuses alcohol.

Alcohol impairs a person’s ability to reason and make sound judgments. In time, drinkers start to neglect, and even abuse, important relationships in their lives, especially when these relationships interfere with their desire to drink.

The liver plays a central role in alcohol metabolism processes. Consequently, the liver becomes one of the first major organs to see the most damage from alcohol’s effects.

Alcohol’s effects on the brain inevitably result in damaged brain structures as chemical imbalances persist. As one of the more serious alcohol abuse consequences, brain damage can become permanent over time.

The free radical damage caused by chronic alcohol abuse all but eats up a person’s cells and tissues over time. In effect, this process can produce internal bleeding within the stomach, liver and pancreas.

Malnutrition results from the progressive damage done to the body’s gastrointestinal system. This alcohol abuse consequence impairs the body’s ability to extract and metabolize nutrients from daily food intake.