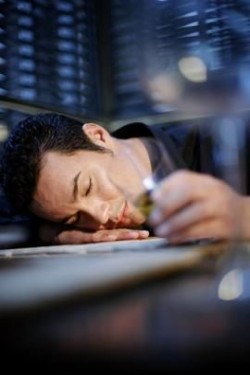 The long term effects of alcohol abuse can cause damage to your body.

Alcohol abuse can have many lasting effects on the user’s brain, health, organs and quality of life. Difficulty walking, poor reaction times and impaired ability to think are just a few of the long term effects of alcohol abuse that can be expected, especially when a user drinks excessive amounts on a regular basis. Heavy drinking causes brain deficits, serious health consequences, and can be fatal if left untreated.

Many people mistake alcohol abuse for addiction but in reality, alcohol abuse is actually just the abusive use of alcohol for the purpose of getting drunk. People who abuse alcohol may or may not be addicted. Regardless of whether addiction is a part of the equation, alcohol abuse can have many lasting effects on the user that may or may not go away when the individual decides to quit drinking and get his or her life on the right track. Unfortunately, this is just a price you must pay if you decide to drink all day!

Long Term Effects of Alcohol Abuse on the Brain

For the brain, which happens to be the most important organ in the human body, there are a number of long term effects of alcohol abuse that don’t simply go away when the drinking stops. Alcohol affects the brain in various ways and can have a lasting impact on one person and a minimal impact on the next; everyone is different. Some of the impairments that result from alcohol abuse are visible with just one or two drinks but also quickly go away on their own as soon as the drinking discontinues; however, other impairments could last a lifetime!

Alcohol abuse can cause memory lapses, slower reaction times, blurred vision and slurred speech. Excessive alcohol abuse that continues for a prolonged period of time can lead to brain damage that doesn’t ever correct itself and which cannot be overcome. Permanent debilitating conditions are possible when excessive alcohol abuse becomes a factor.

Long Term Effects of Alcohol Abuse on Other Organs 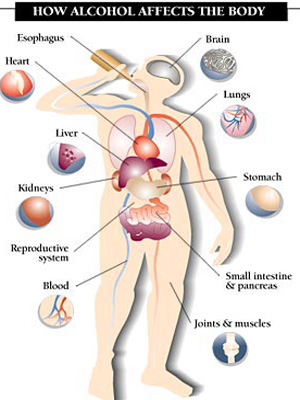 The brain isn’t the only organ that suffers from the effects of alcohol abuse. Various other organs are also affected in a negative way as a result of sustained alcohol consumption. The liver, kidneys, pancreas, and intestines are all impacted by the damaging effects of alcohol abuse and can have trouble returning to normal after a bout of alcohol consumption. In fact, the organs can become so widely damaged that there is even an increased risk of poor cellular reconstruction which can increase the risk of cancer in the long term.

The liver works to clean toxic substances out of the body so when a user drinks, the liver goes into overtime working to try to clear the alcohol out of the system. This puts a lot of undue stress on the liver and can lead to permanent damage. The National Institute on Alcohol Abuse and Alcoholism reports that many people will not even feel the symptoms of liver damage until the damage has already progressed to a permanent and irreversible state.

Scar tissue will develop around the liver causing the liver to become brittle and tough rather than soft and spongy like it should be. As a result, the blood is unable to work its way through the liver and cirrhosis is a likely outcome. People who have cirrhosis of the liver are also likely to develop diabetes which is a lifelong disease that may require insulin injections and other medications to prolong or sustain life.

There are also long term effects of alcohol abuse that related to the intestines and the pancreas. These organs suffer from the alcohol abuse in various ways. The intestines can grow increased bacteria as a result of too much alcohol consumption and this can lead to bleeding and pain. The thin walls of the intestines are impacted by the damaging alcohol which is essentially toxic to the digestive system and can cause cancer.

Help for the Long Term Effects of Alcohol Abuse

If you know someone who is suffering from alcohol abuse and cannot seem to quit drinking, there may be more than meets the eye. Alcohol abuse that continues despite the known dangers and consequences of drinking is a common sign of addiction which may require professional treatment. Don’t let the long term effects of alcohol abuse ruin your life—quit drinking today!