Getting Treatment for Withdrawal from Alcohol 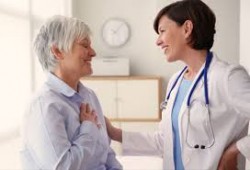 Getting medical advice and supervision in alcohol detox is highly recommended.

Alcohol abuse disorders remain the highest ranked addiction of all time. Alcohol’s overall accepted use within everyday society paves the way for addiction to affect those most vulnerable to its effects.

According to the National Institute on Alcohol Abuse & Addiction, over 18 million Americans were affected by alcohol abuse disorders in 2007. People who reach a point where the effects of alcohol have cost them more than they’re willing to give up can benefit from the help available through alcohol rehab.

While it is possible to go it alone, people struggling with severe alcohol problems may well require the structure and supports available through treatment. Otherwise, going through withdrawal from alcohol may be too much for a person to bear alone.

Like most every addiction, alcoholism develops as brain processes succumb to the controlling effects of the drug. Brain cells and brain structures in general undergo structural changes that work to increase a person’s dependency level.

Withdrawal from alcohol results from the overall state of chemical imbalance that takes hold in the absence of the drug. As alcohol naturally depresses central nervous system functions, the brain attempts to compensate for its absence by producing unusually high levels of stimulant-like neurotransmitters, such as norepinephrine. In the process, withdrawal from alcohol takes the form of uncomfortable symptoms throughout the body.

Someone going through withdrawal from alcohol is highly susceptible to relapse for the duration of the withdrawal period. Relapse at this point places at person in an even worse state that he or she was at the outset.

For people coming off years of excess drinking, withdrawal from alcohol can be a fairly excruciating experiences. According to the U.S. National Library of Medicine, the severity of withdrawal symptoms depends on the severity of the addiction. This means, the longer a person abuses alcohol the more severe the withdrawal period will be.

These symptoms typically develop within five to 10 hours after a person’s last drink and last for as long as month. For many people, getting needed treatment help can be the deciding factor when it comes to eliminating alcohol from their lives.

Medication therapies in particular can be of great benefit for people who continue to experience withdrawal effects from long-term alcohol use. In terms of addressing the psychological aspects of addiction, ongoing psychosocial supports (psychotherapy, counseling, 12-Step groups) offer those in recovery the tools and supports needed to maintain long-term sobriety.