Alcohol abuse can lead to a person making extremely poor decisions and may even lead to alcohol addiction which is a disease that will consume a person’s life. There are numerous consequences that stem from alcohol abuse. Whether or not the alcohol abuse has been going on for years or for days, the risk factors involved are often serious and should not be overlooked. 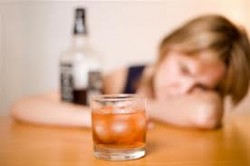 Abusing alcohol is very bad for your health. Get help today!

According to the Center for Disease Control and Prevention, excessive alcohol use is the third leading causing of death in America due to the approximate 88,000 deaths that occur each from alcohol abuse. Moreover, alcohol abuse result sin approximately 2.5 million years of potential life loss and 1.2 million emergency room visits each year.

Alcohol abuse results in a person causing harm to their physical health and possibly to others around them. When a person abuses alcohol their body will react to the drug causing their judgment to become impaired, their vision to become blurry, their coordination to become skewed and their reaction time to become slower. This is why people are not supposed to drink and drive, because due to their judgment being impaired they may not realize that they are unfit to operate a motor vehicle.

Thousands of fatal accidents occur each year due to alcohol abuse and people continue to abuse the drug because they like the way they feel when they are drunk. Alcohol abuse is not only dangerous to a person’s physical health but it can also cause them to have irrational thoughts and behaviors while they are under the influence, which can result in them becoming violent towards others or to them engaging in risky sexual behaviors.

Alcohol abuse, whether short term or long term, will cause a person to feel sick and fatigued once they sober up, which can result in them missing work or school and not accomplishing their daily responsibilities.

The Risk Factors for Alcohol Abuse

Alcohol abuse poses numerous risks in a drinker’s life. For starters, every time a person abuses alcohol they increase their chance of having a heart attack as well as put strain on their liver. If a person continues to abuse alcohol they may develop cirrhosis of the liver, which is fatal.

Furthermore, people who abuse alcohol do not socialize well with people who are not under the influence; this is mostly due to their impairment of judgment and their disruption of proper speech that comes from alcohol use. Many people who are under the influence of alcohol have a difficult time concentrating and a difficult time remembering, which can lead to numerous social problems and loss of friendships and relationships.

People who abuse alcohol long term may cause permanent damage to their brain resulting in them having dementia or them having mental illnesses, such as depression and anxiety, as well as suicidal thoughts. Alcohol abuse can lead to a person losing everything they care about including their health, and it can lead to dependency which will make stopping drinking much more difficult for a person to do.