Why do Teenagers Abuse Alcohol?

Underage drinking is a common problem in American society. Alcohol is the most commonly abused drug with teenagers and it is the cause of thousands of teenager deaths each year. Unfortunately, narrowing down the reasons why teenagers abuse alcohol can be difficult because there are so many different potential scenarios that actually cause the teen to drink.

Effects of Alcohol and Teenage Drinking 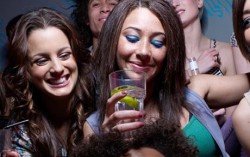 Teen alcohol abuse can have many consequences now, and later in life.

Alcohol is a depressant that will impair a user’s judgment and impact a user’s way of thinking. It is extremely common for teenagers to drink alcohol and being that alcohol is legal it is easier for teenagers to get a hold of the drug.

Numerous problems can arise from teenagers drinking alcohol. For starters, underage drinking is illegal and if they are caught they could get arrested. Another issue revolving around teenagers and alcohol is car accidents and dangerous activities. According to National Institute on Alcohol Abuse and Alcoholism, there are approximately 5,000 deaths that occur each year from underage drinking. These deaths occur from car accidents, suicides, and accidental injuries, such as drowning or falling.

A teenager’s brain is still developing and although their limbic system, which controls their emotions, is usually fully developed in later teenage years, their prefrontal cortex, which controls their decision making, is not fully developed. This means that without alcohol teenagers tend to be less fearful and make poor decisions, but with alcohol the chance of poor decision making significantly increases.

Why do Teenagers Abuse Alcohol?

Reasons for why teenagers abuse alcohol will vary, but one reason is because they see other people they know drinking and having fun. Alcohol is a common substance found in houses and when kids see their parents or relatives drinking they will want to drink as well. Moreover, peer pressure plays a large role in teenage drinking. If a teenager attends a party where everyone else is drinking, they will feel obligated to drink as well.

Since alcohol is legal, it is easier for teenagers to gain access to the drug. Most parents have alcohol in their houses, and this makes it a simple task for their teenage children to have some.

Teenagers like to try new things and they are just learning their self-identity and figuring out what they like and dislike. Alcohol is a drug that most teenagers want to experience at some point and they usually will find a way to do so. Unfortunately, since alcohol impairs judgment, many teenagers get hurt or have bad accidents from making poor decisions while drinking.