What is Considered Alcohol Misuse?

Alcohol misuse is a dangerous activity that can lead to problematic results. Some individuals only participate in mild misuse of alcohol, but this can still lead to other issues in the long run. The definition of alcohol misuse can help you understand what types of behaviors are considered to fall under this category and how dangerous they may potentially be. 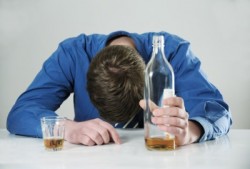 Learn about the difference between alcohol misuse and abuse.

By understanding the difference between these two terms, it is easier to define the actions that are considered to fall under the category of alcohol misuse and why there is a need for two separate terms in the first place. Often, some individuals favor the former term because it seems less judgmental, but there can be a time and a place where each term is appropriate to use.

According to the NLM, “If you drink alcohol it is best to do so in moderation.” Drinking in this way can actually have certain health benefits, which may sometimes outweigh the negatives associated with drinking. As stated by Harvard School of Public Health, “More than 100 prospective studies show an inverse association between moderate drinking and risk of heart attack, ischemic (clot-caused) stroke, peripheral vascular disease, sudden cardiac death, and death from all cardiovascular causes.” These benefits, of course, only occur and outweigh any negatives when a person drinks in moderation.

Alcohol use in moderation is often called responsible drinking. “Moderation means the drinking is not getting you intoxicated (or drunk) and you are drinking no more than 1 drink per day if you are a woman and no more than 2 if you are a man” (NLM). It should be noted that a drink refers to

Whenever the use of alcohol goes beyond these stipulations, it can be considered misuse.

Defining Behaviors as Misuse of Alcohol

General behaviors that can be considered misuse of alcohol include:

Generally, it would come as a surprise to many individuals that these behaviors are considered misuse of alcohol because most people who commonly drink will, at one point or another, engage in one of these behaviors. However, it is important to understand the intended purpose of drinking is not to become extremely inebriated, forget a bad day, make life seem more exotic, or any of the reasons listed above. There is a specific amount for each type of alcoholic beverage that constitutes a drink for a reason: so that the substance can be consumed safely and without misuse. Still, many people misuse alcohol every day.

Drinking alcohol in moderation does have health benefits, and that is why there is a specified amount that constitutes this behavior. Going outside of that amount (or drinking for a reason other than for health benefits) is actually considered to be a misuse of the substance.

The Key: Avoiding Abuse and AUDs

However, it is important to remember that the real key to safe alcohol consumption is to do your best to avoid abusing the substance. There is a likelihood that most individuals will step outside the lines of moderate use into misuse from time to time; still, this is very different than the act of abusing alcohol.

According to the NIAAA, “While drinking alcohol itself is not necessarily a problem–drinking too much can cause a range of consequences, and increase your risk for a variety of problems.” This is why you should do as much as possible to avoid the actions of alcohol abuse, which may include:

If you begin to notice yourself exhibiting actions like the ones listed above, you are abusing alcohol consistently and may need help. These kinds of behaviors can easily lead to an AUD, and the more intense your disorder becomes, the more difficult it will be for you to stop. Avoiding these types of actions is key to good health and evading any alcohol-related disorders.

Compared to these actions, those associated with alcohol misuse may seem quite tame. It is also true that many individuals who drink regularly are likely to misuse the substance from time to time. However, doing your best not to fall into a pattern of alcohol misuse will help you better avoid the possibility of abuse and any eventual disorders associated with that abuse. If you try not to misuse alcohol, you will be less likely to abuse it and less likely to experience any of the substance’s more harmful effects.