The Dangers of Alcohol Detox & The Need for Treatment

When an individual has become addicted to alcohol, withdrawal is the common bond that often prevents the user from quitting even when he or she decides that it’s what’s best. Alcohol detox is the first step of the treatment process and it’s where all those terrible alcohol withdrawal symptoms come into play. For most, alcohol detox is a relatively challenging but mostly safe process but for those who are heavily addicted, detox can be a dangerous situation in which treatment is vital. 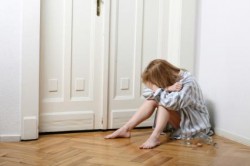 At its worst, alcohol withdrawal can cause seizures and hallucinations.

Alcohol withdrawal occurs in people who drink excessively and lose control over their alcohol use. The result is a number of symptoms including anxiety, fatigue, depression and mood swings as well as nausea and vomiting which can make continued abstinence from alcohol use a challenge.

Generally, symptoms of alcohol withdrawal will peak within about 12 hours and, according to MedLine Plus, these symptoms may persist for a few weeks following the user’s decision to quit drinking. For most, these symptoms pose little risk and are merely uncomfortable and difficult to cope with; but for others, the symptoms of withdrawal may actually cause serious dangers for the user resulting in the need for immediate medical care.

When an individual enters alcohol detox, there are certain alcohol withdrawal symptoms that should not be overlooked. These symptoms include:

The above symptoms of alcohol withdrawal may arise during alcohol detox; if such symptoms do appear, medical treatment will be necessary in order to provide the patient with a safe and controlled detox in which there are no immediate physical or mental health threats. During treatment in a medical alcohol detox program, users are provided with fluids and healthy meals that ensure a balanced recovery, they are given medications that can help to offset agitation or confusion, and they can be properly monitored to ensure that seizures and other serious side effects do not occur.

Alcohol detox is a necessary starting point for anyone who is addicted to alcohol and ready to get sober—and most of the time it’s not dangerous. Unfortunately, it’s hard to know if an alcohol detox will quickly spiral out of control which is why treatment and proper medical monitoring are recommended. For the safety of the patient and to reduce the risk of relapse or other serious complications during alcohol withdrawal, treatment is necessary.