Can You Get Internal Bleeding from Alcohol Abuse

While drinking may start out as a voluntary choice, the long-term effects of alcohol eventually take on the characteristics of a medical condition or disease. Alcohol’s ability to produce feelings of relaxation and ease camouflage the actual damage it causes in the body. 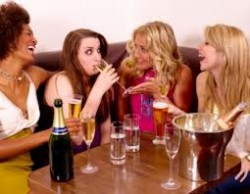 What may seem like harmless drinking can develop into alcohol abuse, which has very serious health consequences.

Once signs of internal bleeding from alcohol abuse start to develop, a person’s overall health will continue to decline in the absence of needed treatment help.

Alcohol’s journey through the body’s gastrointestinal tract opens the body up for considerable damage over time. According to the National Institute of Alcohol Abuse & Alcoholism, alcohol effects interfere with how the muscles of the esophagus and stomach work. This process increases the likelihood a person will develop heartburn problems from alcohol abuse.

Over time, alcohol abuse starts to eat away at the stomach lining. Continued drinking sets the stage for alcoholic gastritis to develop. Under these conditions, internal bleeding from alcohol abuse takes the form of blood oozing from stomach lines on an ongoing basis.

According to the U. S. National Library of Medicine, alcoholic ketoacidosis results from a buildup of ketone acids in the blood. Since alcohol’s effects on the gastrointestinal tract prevent necessary nutrients from entering the bloodstream, the body starts to break down fat tissues as a source of nutrients.

Cirrhosis of the Liver

By far, the most serious conditions associated with internal bleeding from alcohol abuse take place inside the liver. According to the NYU Langone Medical Center, alcohol has toxic effects on the liver that ultimately kill off liver cells in the process.

When this happens, a condition known as cirrhosis of the liver develops as fibrous scar tissue forms throughout the organ. This scar tissue causes fluid materials to build-up in the abdomen. After a while, excess fluid amounts enter the veins and cause bleeding in the esophagus.

Signs of internal bleeding from alcohol abuse develop gradually, but can cause organ failure, shock and even death when left untreated.

Signs to watch out for include –