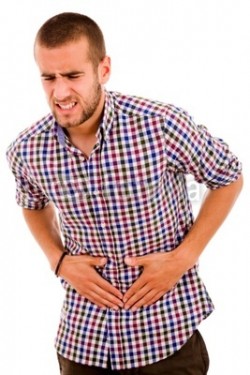 One of the most common alcohol abuse symptoms is stomach pain.

Various symptoms are associated with the use of alcohol on a regular or consistent basis. Some of the symptoms of alcohol abuse will go away on their own as soon as the user stops drinking for a period of time but other symptoms may not be so easy to get rid of. For some, chronic alcohol abuse symptoms will persist long after they make the bold and very courageous decision to quit drinking once and for all.

Alcohol addiction is a progressive disease with four very distinct stages. Each stage of the disease is more destructive than the previous stage and can cause lasting damage to the mind, body, physical and psychological well-being of the individual. Chronic alcohol abuse is the stage in which the drinking continues to drink despite past problems, despite past trouble, despite known consequences, despite health and social problems and despite their own well-being.

One of the most common symptoms of chronic alcohol abuse is an obsession with alcohol. People can become obsessed with drinking using it as a means to cope, live and feel normal. People who are chronic alcohol abusers will almost always either be drinking or thinking about drinking. When they can’t drink, their mind is wandering around the thought of their next drink. When they are drinking, they may worry about what they will do when they run out of alcohol and have to find their next drink.

Lack of Control Over Alcohol

Chronic alcohol abuse will cause the drinker to lose control of his or her drinking. There may be a plan to have, “only a few drinks,” but in the end, the drinker loses control over this very valid plan and winds up drinking all of the alcohol or drinking much more than intended. Chronic alcohol abuse can lead to feelings of guilt and shame as well as to broken relationships and broken promises due to a lack of control over the alcohol and the urge to drink.

Physically, there are many chronic alcohol abuse symptoms that may appear in a drinker who has lost control over his or her alcohol use. Alcohol consumption that continues for a prolonged period of time can cause weight loss or weight gain, redness in the face caused by broken capillaries, stomach pain and upset due to the wearing down of the intestines from bacterial build up, blackouts and memory loss. Alcohol abuse can even lead to brain damage as the alcohol consumption causes the brain to actually shrink.

Sustained alcohol use can have a lasting impact on the drinker as well as on those around him or her. Chronic alcohol abuse can lead to lifelong health problems including mental illness, seizures, memory loss, liver damage, kidney damage, heart damage and a number of other problems. Many of these problems are irreversible and will continue to progress even after the decision is made to quit.