Cultural norms and customs can place considerable demand on the various types of people that make up a society. When it comes to excessive drinking (and drinking in general), these norms and customs place American men at an unusually high risk of developing alcohol abuse disorders.

According to the Centers for Disease Control & Prevention, an estimated 17 percent of men will become alcohol dependent at some point in their lives compared to eight percent of women. In effect, men and alcohol abuse rates more than double those for women.

Men and alcohol abuse seem to go hand in hand considering how alcohol has become an accepted part of the male “persona” within certain activities, such as sports, partying and college life. Likewise, these roles and lifestyles bring about certain health effects and patterns of behavior commonly associated with men and alcohol abuse. 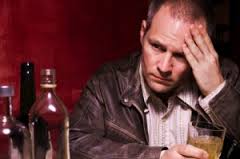 Alcohol abuse is a serious problem for men and women alike.

Excess drinking, also known as bingeing, has become a near sporting event on college campuses, with males leading the pack. Bingeing, in particular, involves consuming five or more drinks in rapid succession. On average, men are twice as likely to engage in bingeing behaviors as women within the same time period.

Excess drinking places a person at increased health and safety risks whether male or female. When it comes to men and alcohol, men tend to engage in risk-taking behaviors when consuming alcohol in excess.

Drinking and driving sees males driving at fast speeds without safety belt protections, which in turn place them at higher risk of injury, and even death. Aggression and violence rates also tend to increase with men and alcohol.

Excess alcohol consumption causes widespread deterioration of brain and body processes over time. Considering the trends surrounding men and alcohol, these effects have brought about high rates of medical and psychological problems in men who drink in excess.

Medical problems commonly associated with men and alcohol include –

As risk-taking behaviors increase, other health conditions tend to develop as a result, some of which include –

As aggression and violence tendencies increase, impaired judgment can drive men to engage in even more damaging behaviors, some of which include –

Psychological problems, such as depression and anxiety conditions become the norm where men and alcohol are concerned. This, in turn, has a ripple effect throughout a person’s life damaging family relationships, work performance as well as affecting a man’s overall self-image.