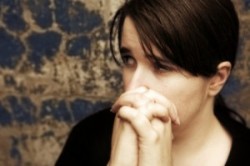 The psychological effects of alcohol abuse don’t have to take over your life.

The psychological effects of alcohol abuse can take a toll on a person and the people around them. There are many signs that will show alcohol has a damaging effect on a person’s psychological and behavioral being.

Common psychological effects of alcohol abuse can cause mood alterations such as all of a sudden spouts of depression and outbursts of anger. The way a person thinks while abusing alcohol may become altered and seem different than how they would think in a sober state of mind. Stupor is another psychological effect that can cause the person to have impaired movement and cause them to go in and out of consciousness.

The emotional effects of alcohol abuse can be daunting to say the least. The emotions one gets can be highs or lows, and include being social and anti-social. A person can experience sadness, have poor judgment, as well as have bad impulse control. They may also jump from one thing to the next.

During the long term, the psychological effects of alcohol can cause severe emotional problems. A person who abuses alcohol may develop a habit of drinking as soon as they wake up, alone or not. They will also choose to drink over doing certain activities. Hopelessness will also develop within the drinker, and they feel they can only fulfill themselves by drinking more alcohol. This causes a downward spiral into depression.

Alcohol abuse leads to many types of physical effects. A person can not only develop cancer, high blood pressure, gastritis, epilepsy, and heart disease as well as heart failure, but these can take a toll on a person’s emotional standing as a result of the effects that drinking has had on the body. Developing cancer and heart disease can make a person more depressed and therefore more likely to abuse alcohol.

Hepatic Encephalopathy is a common occurrence in those who develop liver damage. It causes confusion, altered consciousness and could lead to coma or death. The signs and symptoms of having Hepatic Encephalopathy include anxiety, depression, and lack of coordination. Mood changes and odd sleep patterns may also be experienced.

Alcohol is a depressant that depresses the central nervous system. This is why a person who abuses alcohol can develop depression and other disorders that become out of control. Some will have to be put on medication. It is suggested that a person who does take anti-depressant medications not drink. Suicidal behaviors often develop when abusing alcohol. Those who abuse alcohol are up to 20 times more likely to commit suicide.

Each person’s brain is different. If a person begins to abuse alcohol at a young age,there can be damaging effects on the brain. This happens because a person’s brain does not fully mature until they are in their 20s. The younger a person is when they begin to abuse alcohol, the easier it will be for them to abuse it later on in life. Teens who abuse alcohol have less self control and may not know when to stop drinking. This can lead to higher tolerance later in life and can further exasperate the problem.

Getting Help for Alcohol Abuse

The psychological effects of alcohol abuse can be dangerous for anyone. If a person, young or old, is abusing alcohol, treatment may be needed. When getting treatment, a person will have counseling sessions and attend sober meetings. There are various types of treatments to help them get through their tough time.