The Slowing Down of Brain Activity

Alcohol use slows down the activity in the brain and, because the brain controls other functions in the body, everything else as well. According to the California courts’ website, those who are drunk on alcohol can experience “poor concentration, slow reaction time, and slower brain activity.” It can make a person’s “sensations and perceptions… less clear” and reduce their ability to coordinate their movements. Alcohol can make it hard to do something you normally do and can even make it dangerous. Things that drinking alcohol makes much more difficult can include:

Because alcohol slows down the activity in the brain, everything else slows down too, making your reaction times slower and your ability to do certain things (like driving) compromised. People can get into accidents and become hurt after only one drink, depending on their tolerance level. The NIAAA states that, “even moderate drinking leads to short-term impairment, as shown by the extensive research on the impact of drinking on driving.” 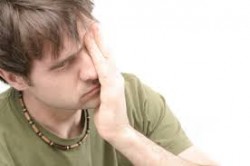 A person can experience alcohol overdose, even if they have only been abusing the substance in the short term. Someone who drinks too much at one party can overdose on alcohol and die. “Alcohol poisoning, a medical emergency that results from high blood alcohol levels” can occur even in short term use (CDC). The symptoms of alcohol poisoning are:

Other Short Term Effects of Alcohol

The short term effects of alcohol can sometimes be just as devastating as the long term effects. Make sure you know these consequences and that you remember the dangers of short term alcohol use.