The Dangers of Alcohol Abuse 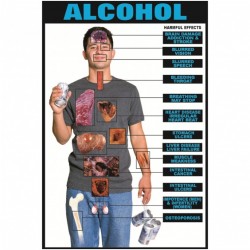 There are numerous dangers that stem from alcohol abuse, the top of which being a drinker’s impaired judgment. When people are under the influence of alcohol they have a higher risk of engaging in dangerous activities which lead to harmful and fatal accidents. Alcohol abuse is one of the leading causes of death in America, which is mostly due to accidents that occur from a person drinking and driving, or from other incidents, such as a person drowning, falling or committing suicide.

The immediate effects of alcohol abuse hamper with a person’s judgment and can cause a person to become angry and violent far more easily than if they were sober. Moreover, long term alcohol abuse and short term alcohol abuse can lead to physical and medical problems to arise in a drinker’s life.

The Medical Consequences of Alcohol Abuse

Common medical complications that long term abusers of alcohol experience include brain damage such as, cell destruction, memory loss, and the increased risk for a stroke, as well as organ damage, such as cirrhosis of the liver and heart enlargement which are both painful for a person to live with and eventually fatal.

Furthermore, alcohol abuse can lead to mental illnesses, such as major depression and anxiety. In addition, alcohol abusers commonly suffer from insomnia and poor immune system health, which results in them becoming sick more often and putting more strain on their body.

A person who has been an avid drinker for years may also develop permanent nerve damage resulting in them having uncontrollable tremors. Every person is different in regards to their physical ailments that come from their alcohol abuse, but alcohol abuse significantly damages a person’s body over time both mentally and physically resulting in numerous medical consequences.