What is Binge Drinking? 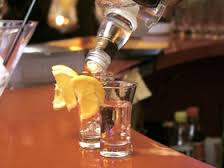 Binging on alcohol can lead to serious consequences in your life.

Binge drinking is defined as the consumption of excessive alcohol over a short period of time. For each person and circumstance this may be different as many factors can contribute to what is considered binging. There are some standards that have been set by the National Institute on Alcohol Abuse and Alcoholism stating that a binge is a pattern of drinking alcohol that brings a person’s blood alcohol level to a .08 or higher. In a man this would equate to drinking about 5 or more drinks within a two-hour time period and for a woman it would equal 4 or more drinks in that same time period.

Other Factors that Can Affect a Person when Binge Drinking:

There are some other factors that can affect a person when binging such as:

Binge drinking over long periods of time can develop into a very disturbing physical and psychological dependence on alcohol. When it gets to the point that you can’t function without it you will also develop emotional problems such as anxiety and depression, which will begin to affect and eventually destroy relationships with your family, friends and co-workers.