Recognizing when Casual Drinking is No Longer Casual

For many Americans, drinking is a casual event that takes place socially at the bar, at parties or just for fun. Unfortunately, for the 18 million Americans who are addicted to alcohol, casual drinking is no longer casual or fun—it’s a real problem. But how can you tell when your drinking has turned the page from casual interactions with friends to a real world problem?

Consider these signs that your drinking is more than just a casual event:

According to the National Institute on Alcohol Abuse & Alcoholism, people who drink alone are likely suffering from a deeper problem and should consider seeking help. Drinking alone is often a sign that you are using alcohol as a way to cope emotionally with deeper problems such as:

You Drink When You Shouldn’t 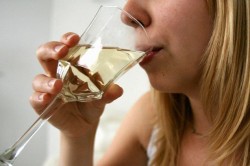 If you are getting into a pattern of drinking alone you may be at risk for developing a problem.

Casual drinking takes place in environments where drinking is accepted such as in the bar or at a friend’s party. If you drink when you shouldn’t, such as while driving or when you are at work, your drinking is no longer considered casual. Drinking in situations in which alcohol is unacceptable, especially while driving or while operating heavy machinery, is not only dangerous to you, you could be endangering the lives of others.

You Drink to Relax

Do you drink as a way of relaxing? Many people drink in social settings to help, “take the edge off,” but if you feel like you cannot relax without a drink then you may need help. Casual drinking may “take the edge off,” but drinking as a sole method of relaxation, when there’s no real need to drink and no social element to the alcohol use, is a sign that alcoholism is a possible problem in your life.

Overall, repeated use of alcohol can lead to dependence which results in serious consequences and side effects. If your casual drinking is no longer fun, if you feel like you have to drink to cope, or if you are drinking despite the known consequences that your alcohol use is causing, consider seeking treatment for an alcohol use disorder – it may be time to find help.