Youth drug and alcohol abuse often begins in the adolescent years when the brain is still maturing and judgment and self-inhibition are not fully developed. Teenagers tend to act on impulse, seek new sensations, and are easily swayed by their peers. They are drawn to take risks, to feel cool, and they don’t fully appreciate the safety or health risks associated with the abuse.

The experiments with drugs and alcohol don’t always lead to an addiction, but the repeated abuse is enough for the youth’s brain to change, linking the reward center of the brain with increased dopamine levels from the abuse. Dopamine encourages pleasure and life sustaining activities and the release of this chemical is natural when engaging in sports, hobbies, listening to music with friends, or other fun activities. Alcohol and drug abuse floods the brain with dopamine and with repeated abuse, the brain begins to rely on the chemical, the youth no longer has as much fun without it, and cravings to use begin.

According to the National Criminal Justice Reference Service, “Early drug use often leads to other forms of unhealthy, unproductive behavior. Illegal drugs are associated with premature sexual activity (with attendant risks of unwanted pregnancy and exposure to sexually-transmitted diseases like HIV/AIDS), delinquency, and involvement in the criminal justice system.”

Youth drug and alcohol abuse is a serious concern of parents, schools, communities, and governments. Awareness and education programs exist in every level of education, in community and government action agencies, but this is not enough to solve the problem. The U.S. government tracks youth substance abuse via three nationally representative surveys: the National Household Survey on Drug Abuse (NHSDA), the Monitoring the Future (MTF) study, and the Youth Risk Behavior Survey (YRBS). The NHSDA is a home-based survey, while the MTF and YRBS are school-based. 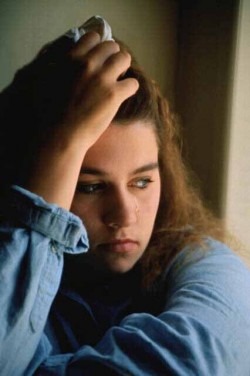 Teenage substance abuse can lead to serious health and other problems.

When alcohol or drugs assume an importance in the youth’s life out of proportion to other rewards, the following may be indications of early signs of youth drug and alcohol abuse: