Many people believe that alcohol abuse and alcoholism are one in the same, but this is not necessarily true.

Generally speaking, alcohol abuse is the harmful use of alcohol. Somebody who abuses the substance may continue to do so despite the negative impact on their life. That being said, they are not addicted. 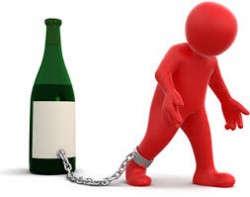 Alcohol abuse and alcoholism differ in their effects.

Alcoholism is often times considered to be more serious, as this means a person is dependent on the substance. They share the same criteria as those who are abusing alcohol, but find themselves facing some or all of the following issues:

If a person is believed to be abusing alcohol, but not addicted, he or she may be able to get their life back on track with the help of friends and family. Once they are educated on the impact of alcohol abuse, these people often realize that a change is necessary.

Alcoholism is more challenging to overcome, but not impossible. If you are in this deep, withdrawing from use will bring forth a variety of symptoms. Those who attempt to quit on their own may go back to their old ways, as they do not want to face the uncomfortable and painful side effects.

Every year, thousands of people are treated for alcoholism in rehab facilities throughout the country. This typically begins with detoxification, and then moves onto counseling, therapy, and support groups. The primary goal of treatment is to help the person overcome their addiction, while learning what it takes to keep this substance out of their life for good.

Alcohol abuse and alcoholism are both serious problems. Alcoholism is considered the more serious of the two, as it means a person has become addicted to the substance.

Regardless of what a person is facing, if they have a drinking problem it is important to consider the many treatment options that exist. From support groups to professional rehab, there are treatment strategies that can help anybody overcome issues related to alcohol abuse and alcoholism.