Alcohol abuse is a choice that a person makes and that they have control over. Once a person is dependent on alcohol they no longer feel as though they have a choice when it comes to drinking. Alcohol dependence vs abuse are often misunderstood but there are a number of distinct differences between the two.

How Alcohol affects a Person 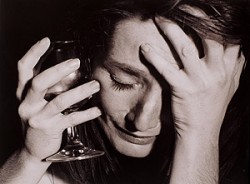 Alcohol dependence is different than abuse in that with dependence you have less of a choice, and more of a compulsion to drink.

According to the National Institute on Alcohol Abuse and Alcoholism, affects from alcohol, even after only one or two drinks, include blurred vision, difficulty walking, sower reaction times, slurred speech and impaired memory. These effects typically stop after a person has sobered up, but when a person drinks heavily for a long period of time they may have brain deficits that occur even after they have remained sober.

Alcohol will affect a person immediately once they begin drinking and can continue to affect a person even once they sober up. Alcohol is a legal drug that can be consumed in large quantities and that can lead people to have dangerous and reckless behavior. Close to 90,000 deaths occur each year due to alcohol related incidents making in one of the leading causes of death in America.

When a person consumes too much alcohol their coordination will become skewed making walking and talking a difficult task to accomplish. Some people completely black out when they drink heavily, meaning that they will not be able to remember what they did or said when they were under the influence of alcohol.

Alcohol completely impairs a drinker’s judgment and can alter their mood causing them to become angrier and more violent, or adversely they can become happier and more talkative. People who consume large amounts of alcohol are at higher risk of engaging in risky sexual behaviors and doing dangerous activities, which can lead to fatal accidents.

Alcohol abuse is when a person drinks alcohol to the point where they are causing harm to their health and to their relationships with others, as well as when their drinking affects their work performance.

Alcohol dependency is when a person feels unwell or sick when they do not have alcohol in their system. This cannot be controlled, because a person who has become dependent on alcohol will begin to go through withdrawal symptoms every time alcohol is not in their body. Alcohol abuse typically leads to alcohol dependency unless a person stops abusing alcohol.