How to Define Alcohol Abuse 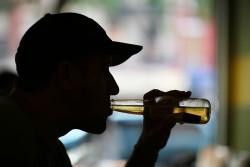 Alcohol abuse can be a bit tricky to define being that alcohol is legal and does not come with portion sizes that a person should take, like food or prescription pills do. However, alcohol can be abused by people’s mentalities and behaviors behind their drinking.

According to the Center for Disease Control and Prevention, alcohol abuse is when a person develops a pattern of drinking that causes harm to their health, to their interpersonal relationships, or to their ability to work.

If a person continues to abuse alcohol then they will continue to cause harm to their physical health and more damage to their life. Moreover, alcohol abuse can lead to alcohol addiction which is a chronic illness that is difficult for people to overcome.

The Consequences of Alcohol Abuse

According to The National Council on Alcoholism and Drug Dependence, alcohol abuse over time, whether or not a person is a heavy drinker or binge drinker, can lead to various health problems, neurological impairments, chronic illnesses, and social problems.

Common consequences that occur from long term and short term alcohol abuse include:

Blackouts: People who drink too much can completely forget the activities they did when they were under the influence of alcohol.

Violence: Some people who drink become violent towards the people around them.

Neurological Problems: Long term alcohol abuse can cause permanent damage to a user’s brain, resulting in them having a stroke or them having early signs dementia.

Psychiatric Illnesses: Alcohol abuse can lead to the onset of mental illnesses such as depression, anxiety, and suicide.

Cancer Risk: Alcohol abuse has been linked to the increased chances of a person developing cancer.

Dangerous Behavior: Alcohol abuse leads people to involve themselves in dangerous activities due to their impaired judgment, most commonly people decide to drink and drive.

Poor Physical Health: Alcohol abuse will suppress a person’s immune system and dehydrate them causing them to feel sick after drinking and resulting in them becoming more susceptible to being sick if they abuse alcohol frequently. Alcohol abuse will also lead to organ damage and can lead to organ failure if a person continues to abuse the drug, which can be fatal. People who abuse alcohol frequently have a higher chance of having a heart attack.