What is considered Alcohol Abuse?

Alcohol is consumed across continents and within cultures for a myriad of reasons. Some of these reason are socially rooted, while others are for physical refreshment and relaxation, yet still others may take on a celebratory or religious facet. What also spans the globe and its peoples, is the powerful effects that we continue to struggle to manage and control. Alcohol causes people to behave differently and when it is consumed in amounts that cause dangerous outcomes, the question of “how much is too much” must be posed. 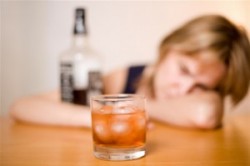 How much is too much?

Constant researching at NIAAA may provide the answers to this, and many other questions about alcohol. The effects of alcohol differ in scale from person to person. Certain factors dictate the effects and how severely they are experienced.

These variants direct the possible effects of alcohol on the body:

Even though drinking alcohol in small amounts is not necessarily a problem, drinking too much at one time, drinking too often, or drinking at an inappropriate age, can cause a range of consequences including increased risks for a variety of problems.

Alcohol enters your bloodstream with the first sip swallowed. The immediate effects of alcohol typically appear within about 10 minutes. Increases in blood alcohol concentration (BAC) levels, or the amount of alcohol present in the bloodstream are the basis for impairment and how rigorously it effects a person. The higher the BAC, the more impaired a person becomes by alcohol’s effects, which include:

Alcohol dependence, health problems, and an increased risk for certain cancers are some of the long term effects that a person can expect from drinking too much alcohol. http://www.niaaa.nih.gov/alcohol-health/overview-alcohol-consumption