According to the National Institute on Alcohol Abuse and Alcoholism, “Alcohol abuse is defined as the continued use of alcohol despite the development of social, legal, or health problems.” Alcohol abuse can take on many forms and cause a multitude of negative effects on the life of the user, those they love, and others. Millions of people around the world suffer from the effects of alcohol abuse and yet, alcohol is a part of our culture and when used in acceptable ways, it can even be beneficial.

Characteristics of alcohol abuse may include drinking alcohol: 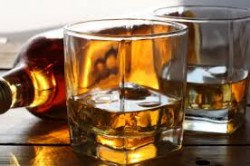 Alcohol abuse is tied to many deaths each year.