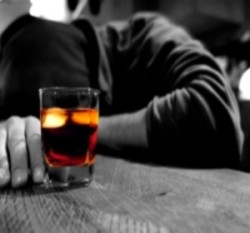 Chronic abuse of alcohol can be difficult to detect if you do not spend enough time with a person, but there are things to look out for.

Years of alcohol abuse will inevitably take their toll on a person’s overall physical and mental health. In turn, chronic alcohol abuse symptoms should be viewed as warning signs of a serious drinking problem.

In spite of alcohol being the most commonly abused substance, alcohol abuse treatment sees a fairly high success rate compared to other addiction problems. That being so, only one out of every 36 people living with a drinking problem actually considers getting needed treatment help, according to the Florida Institute of Technology.

Alcohol exerts its greatest effects on the brain’s chemical processes. In effect, alcohol interferes with normal chemical functions while at the same time takes over essential brain functions.

Over time, brain cells come to expect and rely on alcohol’s effects, which account for the persistent cravings long-time drinkers experience. The longer a person continues to drink the stronger these cravings become. This chronic alcohol abuse symptom becomes one of the driving forces behind the addiction.

As one of the more behavior-based chronic alcohol abuse symptoms, denial develops out of alcohol’s ability to alter how the brain’s reward system works. This reward system interprets positive and negative stimuli based on the experiences a person has.

Positive stimuli release certain key neurotransmitter chemicals in the brain. In effect, these processes “teach” a person to seek out certain things and avoid others.

Alcohol directly stimulates a positive response in the brain’s reward system. This effect accounts for why chronic drinkers are so quick to deny they have a problem with alcohol.

People who experience withdrawal effects from alcohol use have reached a point where chronic alcohol abuse symptoms are posing a serious threat to their physical and mental well being.

Withdrawal effects from alcohol include –

Chronic alcohol abuse symptoms inevitably drive drinkers to center their lives around getting and consuming alcohol. In the process, compulsive drinkers start to neglect important areas in their lives.

Negative consequences may take the form of –

Without needed treatment help, chronic drinkers places themselves at risk of developing even more serious psychological and/or physical conditions.